You are here: Home / Deals Discussion / Netflix is Raising (and Lowering) Prices

Netflix is Raising (and Lowering) Prices

If you are a current Netflix customer, beginning September 1, in order to continue both unlimited streaming and unlimited DVD’s, your price is going to increase significantly. However, if you find yourself not watching many DVDs anymore, or if that Netflix DVD has been sitting on top of your TV for weeks, changing to a streaming only plan will save you money. At our house, we currently get one DVD at a time and unlimited streaming for $9.99/month. If we don’t change plans, our rates will increase to $15.98/month in September.

Netflix is preparing for significant cost increases. Their streaming content licensing costs are expected to increase from an estimated $180 million in 2010 to nearly $2 billion in 2012. So now they must increase their revenue, and treating DVD and streaming plans separately is how they’re planning to do it.

I looked at our recent DVD rental activity, and so far we’ve only watched 3 DVDs from Netflix in 2011. That’s 3 DVDs in over 6 months! In 2010 we watched only 20 DVDs. So, we’re planning to switch from our $9.99 old plan to the new $7.99 streaming only plan. If your viewing habits are the opposite of ours and you only need DVDs and do not ever stream content, you can also go to a $7.99 plan that includes 1 DVD at a time, or $11.99/month for 2 DVDs at a time (both without streaming privileges).

So, what will it be? Will you adjust your plan? Stick with the same plan and suck up the extra charge? Leave Netflix all together and run to Hulu Plus and Redbox? We’d love to hear your comments! 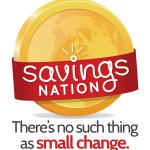 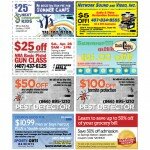