TRUTH’s Orlando stop brings to the Northland Church September 18th and 19th. TRUTH will be performing during Northland’s normal weekend services. The remaining services this weekend are Sunday at 9 am, 11 am, and 5 pm, and Monday the 19th at 7 pm. There is no cost of admission. You can even watch the services live online at northlandchurch.net 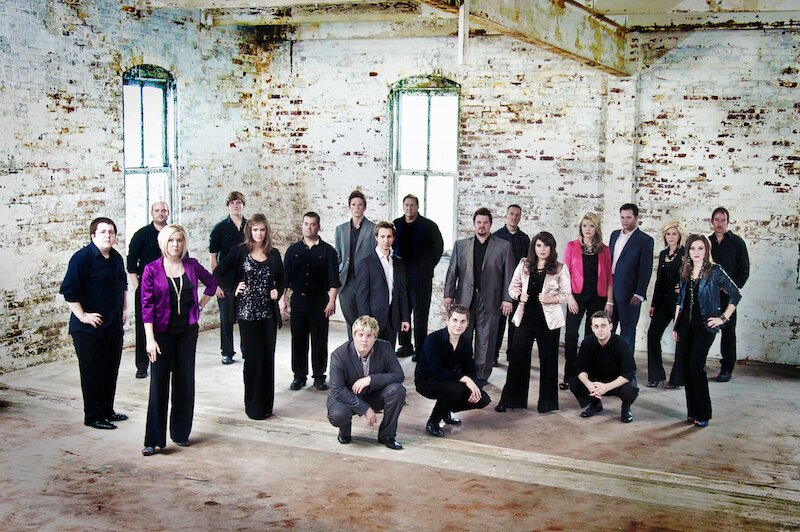 This is TRUTH as you remember it. They’ve brought their big sound including familiar rhythm, horn, and vocal sections.

If you are not familiar with TRUTH, here is the group’s bio from myspace.com/brelandtruth:

“During the late 1960s, John Roger Breland had a dream to start a Christian band. His goal: to share the message of the Gospel through music. In June of 1971 Breland’s dream became a reality with the formation of the group, TRUTH.

TRUTH is an acronym for Trust, Receive, Unchangeable True Happiness in Jesus. The group performed its first tour with only fifteen members. Some were barely out of highschool. For the first several years of the band’s existence, these members performed 400 concerts annually and travelled 50 weeks of the year.

As TRUTH became established, the group performed 260 live concerts each year, and spent the rest of the time in recording studios. By the beginning of the 21st century, TRUTH had 22 members, and had travelled to all 50 American states and 21 different countries. The group had produced almost 60 albums and performed before more than ten million people in over 9,000 concerts. In 2000 TRUTH was accepted into the Gospel Music Hall of Fame. The Truth Legacy Collection was released in 2001, shortly after the group performed its farewell tour.

Founder and Director – Roger Breland Over the 31 years that TRUTH toured there were 60 albums recorded about about 300 to 400 people that went through. Some of which included the guys from 4HIM, Kim Noblitt, Alicia Williamson Garcia, Janna Long, Jody McBrayer, and Melissa Greene from Avalon, Natalie Grant, Anthony Evans, Karen Fairchild from Little Big Town, Steve Taylor, Dick and Mel Tunney, Leigh Cappillno from Point of Grace, and many more who have gone on to be ministers and perform all across the country.”