Magic fans, this is your opportunity to tell Dwight Howard he should stay in Orlando!

On Saturday, December 17th, 2011 the Orlando Magic will be opening the doors to the Amway Center for an “Open Practice” where you can watch head coach Stan Van Gundy prepare our team for the 2011-12 NBA season.

Admission is FREE and OPEN TO THE PUBLIC. Doors Open at 10 a.m.
The 90 minute practice starts at 11 a.m.

You are invited to experience an up-close look at this year’s team as they practice. There will be free T-shirts as well as performances by the Orlando Magic Dancers and Stuff the Magic Mascot. Kids will be able to play on Stuff’s Magic Castle and get their faces painted. Most importantly, this is our big chance to show Dwight Howard
why he should choose to stay in Orlando.

In a series of interviews this week, Dwight revealed that he is torn about his future.

He loves Orlando and considers it home. He has proven this during his 7 years here by the way he’s poured his heart, soul, sweat, and resources into our community. But he wants to win, and he is wondering if this is the place where he can accomplish those goals.

Here’s what we need to do:

Erase any doubts in Dwight Howard’s head about which town loves him the most, and where he should spend his career.

Join the movement over at StayDwight.com, Tweet your love to @DwightHoward, but most importantly, show up this Saturday (doors open at 10) at the open practice ready to show Dwight that he belongs with us.

Help spread the word to your friends by sharing this on Facebook and Twitter, because Dwight Howard is ”Orlando’s Best Deal”. 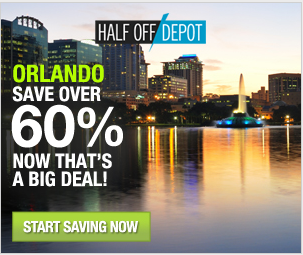